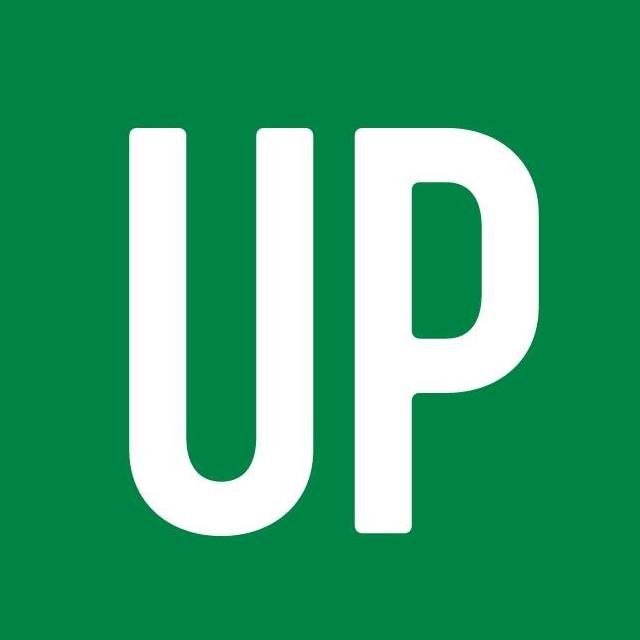 The University of South Carolina Upstate Visual Arts program is recognized for its dedication to quality and integrity in educating students in the most currently established technical and theoretical areas of the visual arts. Dedicated to the mission of USC Upstate as a metropolitan university, the Visual Arts program will emphasize technology and its application toward visual literacy and communications in the arts by enabling students to embrace theoretical appreciation and applied skill, a broad range of ideas, expressions and interpretations for creative and critical thinking. 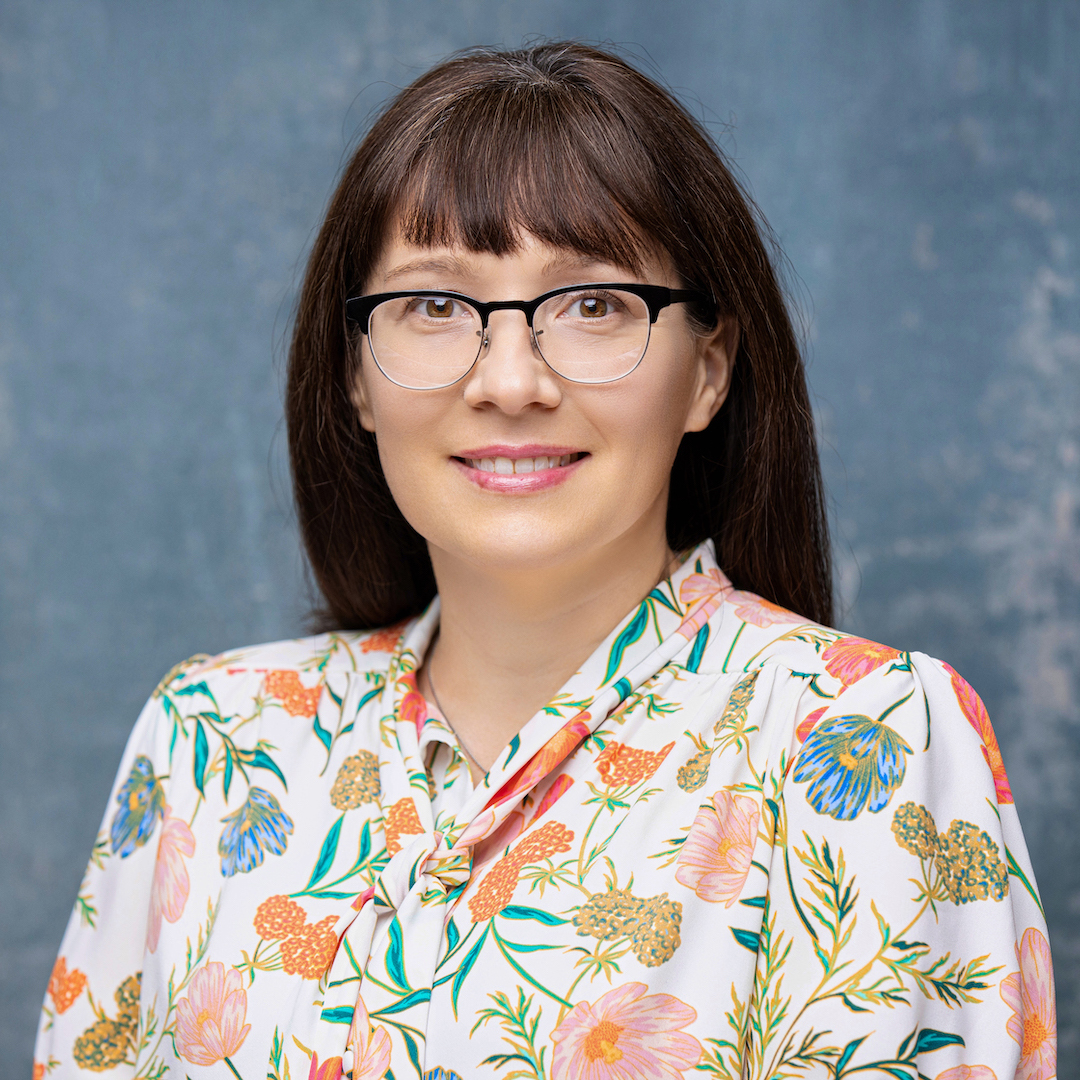 Leanne A. Flowers is a ceramic artist from Alabama’s Gulf Coast living in Spartanburg, South Carolina. After working in the kitchen design industry for several years, she discovered a curiosity for pottery. This new found passion led her to Haywood Community College in Clyde, North Carolina to study ceramics. With clay as her new medium, she draws on experiences from her design career to create functional pieces to be used in everyday life. With a focus on durability, her wheel thrown pieces and handmade tiles are made from stoneware clay. The glaze color palette is a reflection of her interest in contemporary design and fascination with nature’s ever changing seasonal colors. These attributes, combined with her design aesthetic, create functional ware to be used for years to come. 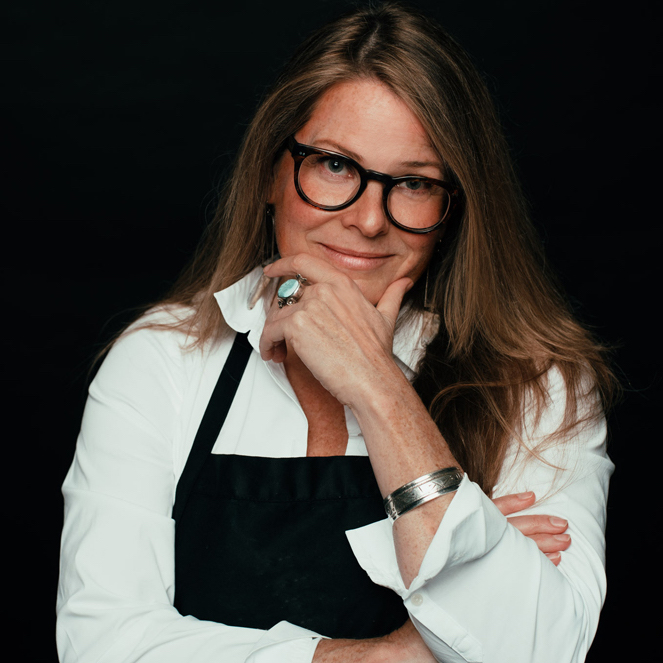 Michelle Pierce is a painter and stained glass artist whose work explores themes of encounter and redemption. She specializes in liturgical art, drawing inspiration from the dark renaissance paintings of Caravaggio, modern handmade glasswork, and the natural world. She works in oil and cold wax, stained glass, and digital media. Her work has been shown in downtown Spartanburg and is held in private collections. Her pieces include both original creations and accurate oil reproductions of masterpieces, including a 9’x12’ Caravaggio replica, the focal hanging in St. Matthew’s Episcopal Church in Spartanburg. She is currently leading a group at St. Matthew’s to find their own gifts in the design and fabrication of stained glass windows for one of their worship spaces. 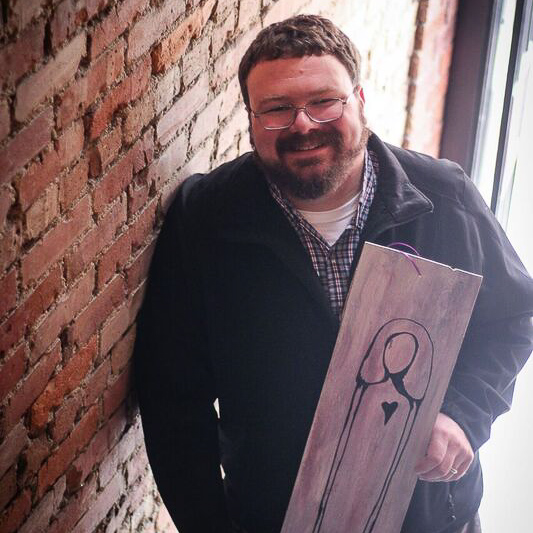 Kristofer M. Neely, a visual artist and creative writer, serves as Professor of Art and Director of Interdisciplinary Studies at Spartanburg Methodist College. Neely has grown the SMC Studio Art program to offer a full foundation of art program that is highly transferable to 4-year programs in art education, graphic design, and studio art. His goal is to increase the accessibility of quality studio art coursework for students who are from this region. Neely is also the owner and creative director of Wet Paint Syndrome. 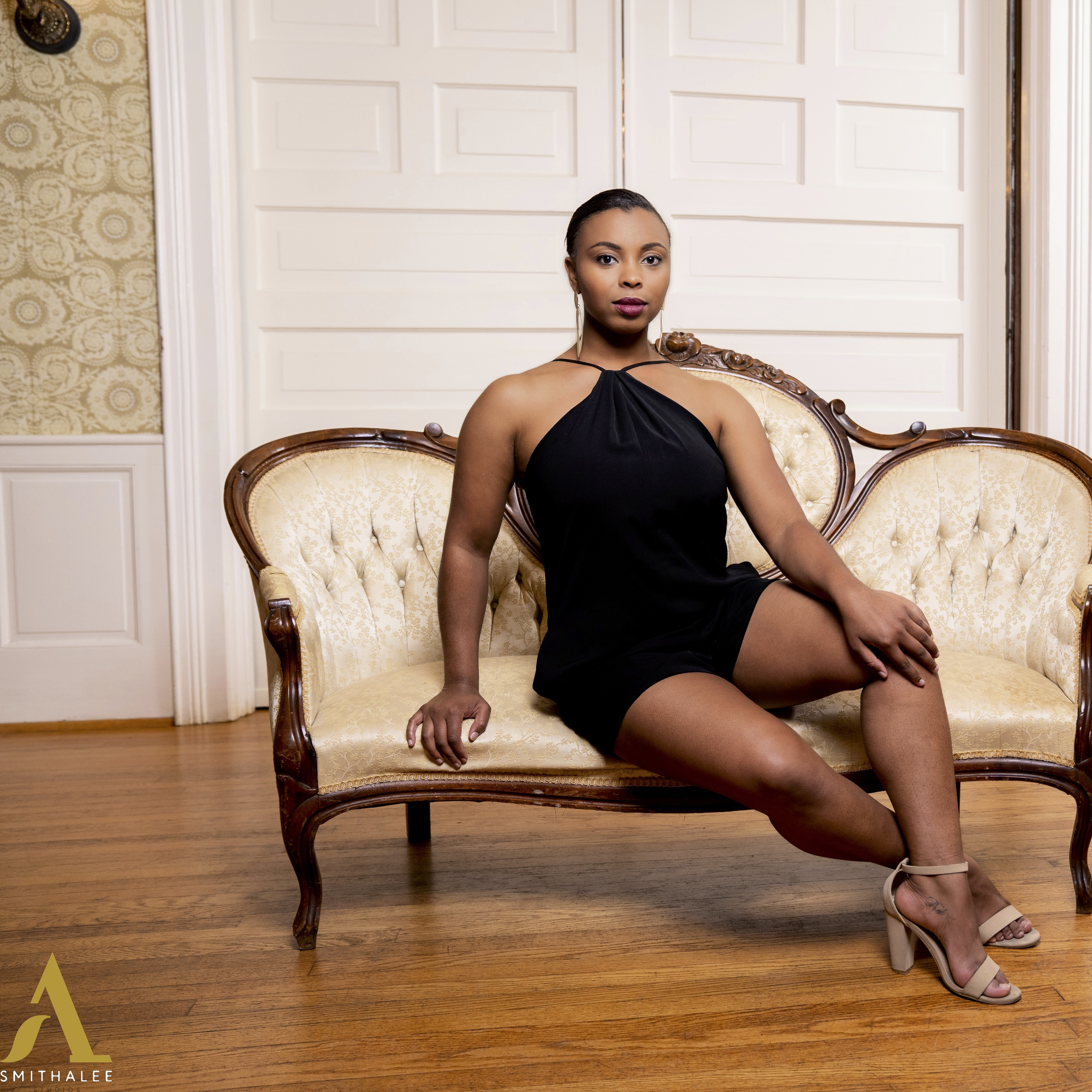 Born and raised in the Upstate, Verhonda Craword still lives in her hometown of Chesnee,SC where she serves as a member of the city council. With a passion of Economic Development and entrepreneurship, she decided to take a leap of faith and decided to open a clothing boutique in Chesnee. She creates the best version of client’s custom attire that would not only fulfill their dreams, but flatter their personal brand. As a marketing professional, she understands the importance of branding through individuality and consistency. 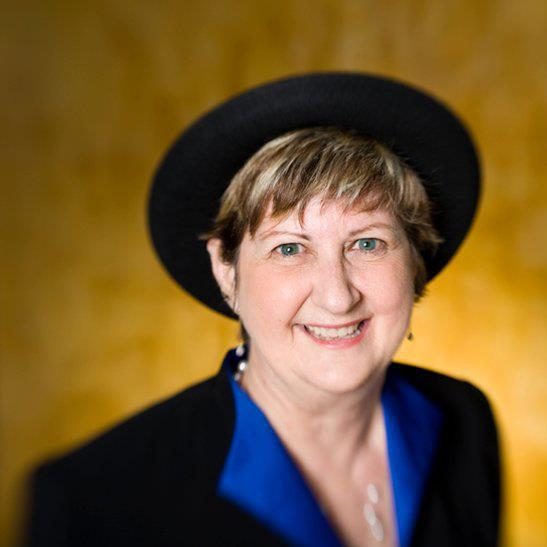 At USC Upstate, Dr. Hightower teaches Fundamentals of 2D Design, Introduction of Crafts, Southern Folk Art History, Art Education Methods, and School Art Program. Besides her teaching responsibilities, she runs the FOCUS Gallery and coordinates the Visual Arts Program. Hightower’s artwork is in the watercolor media, incorporating textural materials, to create what she calls “watercolor patchwork,” the process she uses to unite watercolor media with the art of quilting. 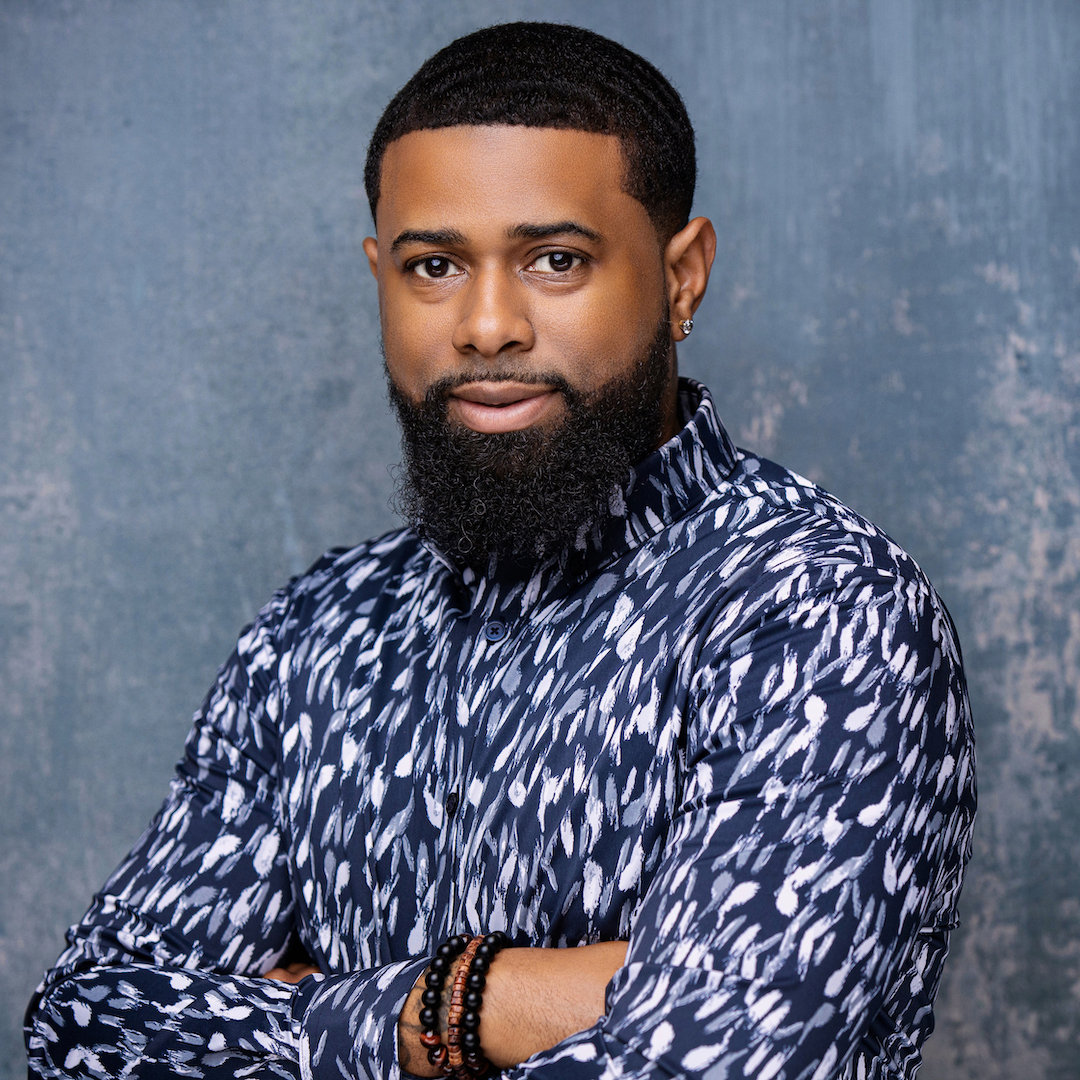 Chris was born in Spartanburg, S.C. His love for photography started in 2014 enjoying watching and making people smile. Chris started his professional career as a family photographer , transitioned to a corporate photographer, and is now an industry professional photographer. His experience of working with many different types of photography allowed him to become more creative through his imagery showcasing branding, lifestyle, beauty, art, diversity and storytelling through his work. Chris has worked with many clientele such as The Tom Joyner Fantastic Voyage, fortune five hundred companies such as Denny’s, Bronner Brother, BET Network and TV One while not forsaken his celebrity photography clients like Brooklyn Tankard, Dana Cody, Ashthon Jones, Shay Johnson, Nikki Nicole Dillard, Erica Dixon and Robert Christopher Riley just to name a few. While Chris is consistently growing and developing new business relationships through his online presence as a social media influencer, motivational speaker, educator and brand ambassador, he hasn’t forgotten how his passion was developed. Chris would love to offer others the same opportunity afforded him. 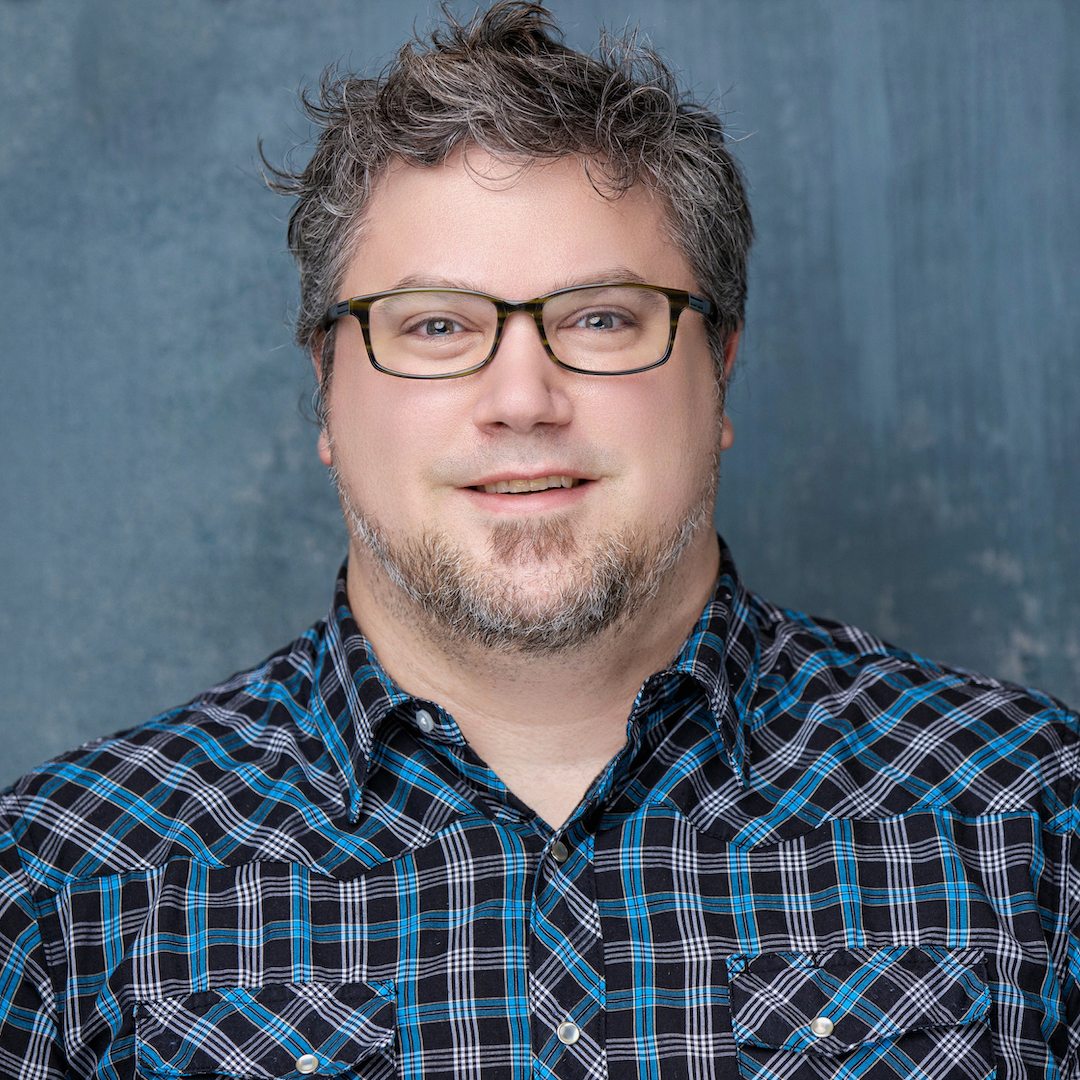 Ryan completed his Degree in Guitar Performance with a Minor in Audio Production and Recording Engineering from Musician’s Institute in Hollywood, California. Upon graduation from Musician’s Institute, Ryan began his professional session guitarist career in the film industry and worked on over 10 major motion pictures and soundtracks, including Pirates of The Caribbean, Men in Black, and Dukes of Hazard. After moving to Nashville, TN, Ryan continued his career as a professional session/touring instrumentalist. He toured and recorded with a number of artists, including Willie Nelson, Shooter Jennings, Uncle Kracker, 80’s recording artist Tiffany, Winona Judd, Darius Rucker, Lady Antebellum, Luke Bryan, Union Station, Craig Morgan, and Artist Robinson. The next four years provided over 1,200 tour dates with as many as 30 well known artists, and sessions in some of the world’s top recording studios. Ryan continues his work as a session guitarist/multi-instrumentalist from his studio, Ridgeway Studios, in Spartanburg SC. Ryan is a native of Grenville, SC and resides in Spartanburg, SC with his wife, Lindsey, and son, Nash.

Aurora Masum-Javed is a writer and educator. A former public school teacher, she holds an MFA from Cornell University, where she also served as a lecturer. Her work can be found in Nimrod, Black Warrior Review, Aster(ix), Callaloo, Jaggery, Harvard Advocate, and So To Speak. She won the Winter Tangerine Award, received third place for the Frontier Summer Poetry Award, and was a finalist for both the Pablo Neruda Poetry Prize and the BWR Flash Prose Contest. She has received fellowships from the MacDowell Colony, the Millay Colony, Caldera Arts, Vermont Studio Center, Kundiman, Callaloo, Squaw Valley, Pink Door, and BOAAT. A recent Philip Roth Resident in Creative Writing at the Stadler Center and Hub City Writer in Residence, she currently writes and teaches in South Carolina, where she is working on her first collection of poems. 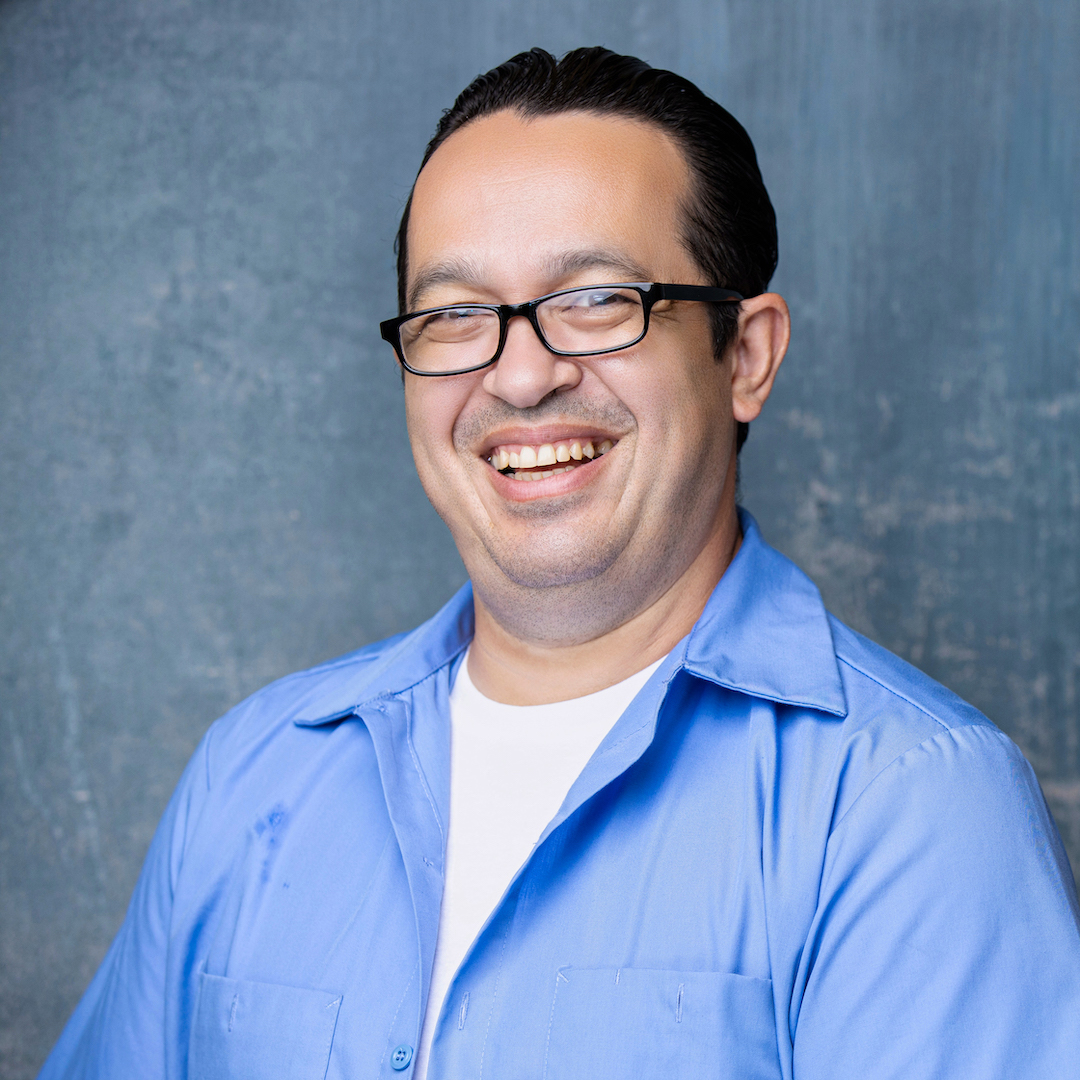 Abe Duenas has been honing his storytelling skills through various mediums. Duenas has also developed his passion as a filmmaker, photographer, painter and sculptor. His metalwork has been recognized internationally by NOMMA winning the Top Job award for his gates that hang at Cowpens National Battlefield. He recently participated in Lighten up Spartanburg Art Bulb project where his bulb was purchased by Duke Power and placed at their outdoor classroom. 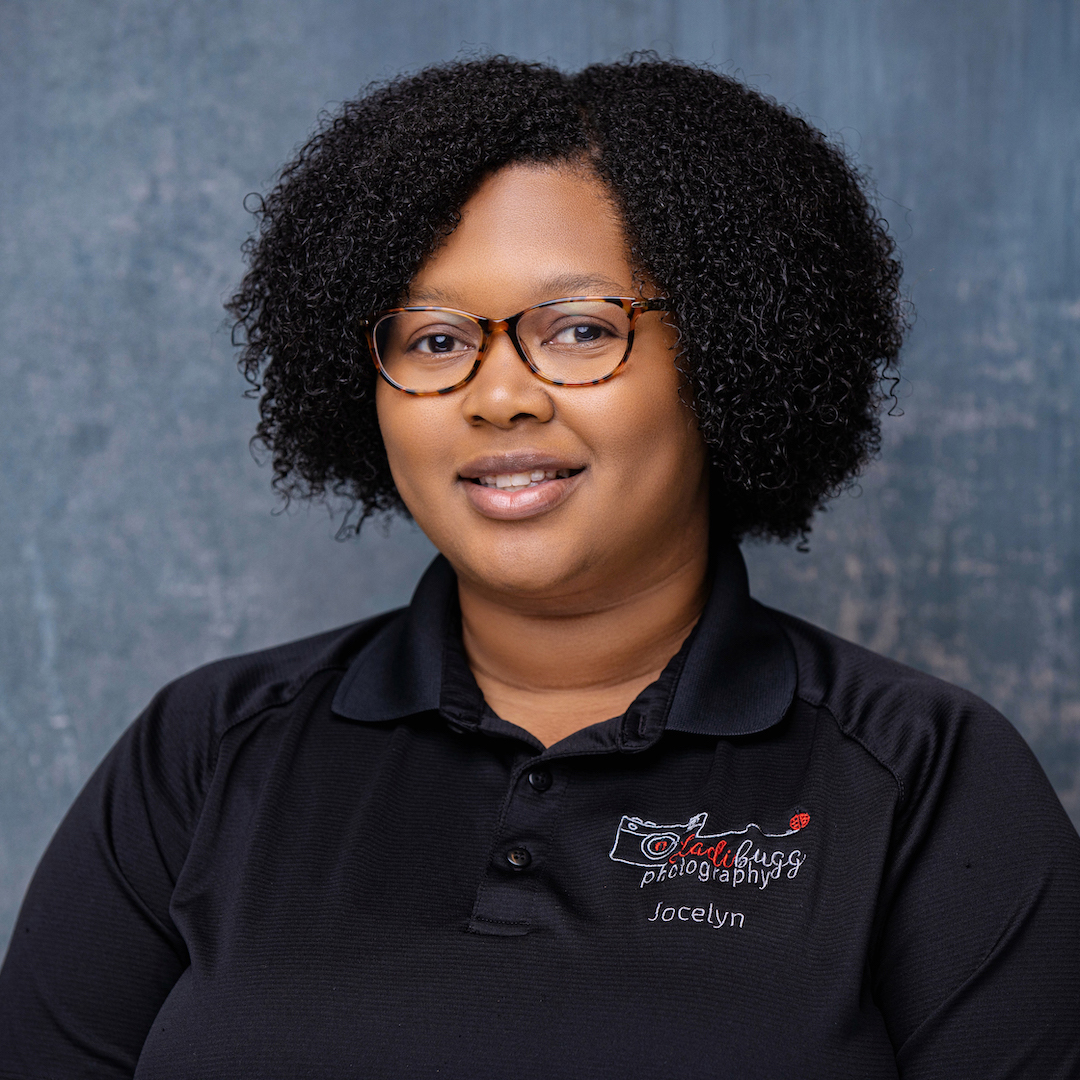 Jocelyn Jones is a photographer and the owner of Ladibugg Photography. Ladibugg Photography serves the Upstate and surrounding areas specializing in portraits and event photography. Jocelyn is a 2017 alumni of Startme:Spartanburg, an intensive 14-week business training program for entrepreneurs. Born and raised in the upstate, Jocelyn is married and resides in Reidville. She loves to have fun, enjoy life and capture that as well. As a photographer she committed to #CapturingDreamsAndFramingMemories. 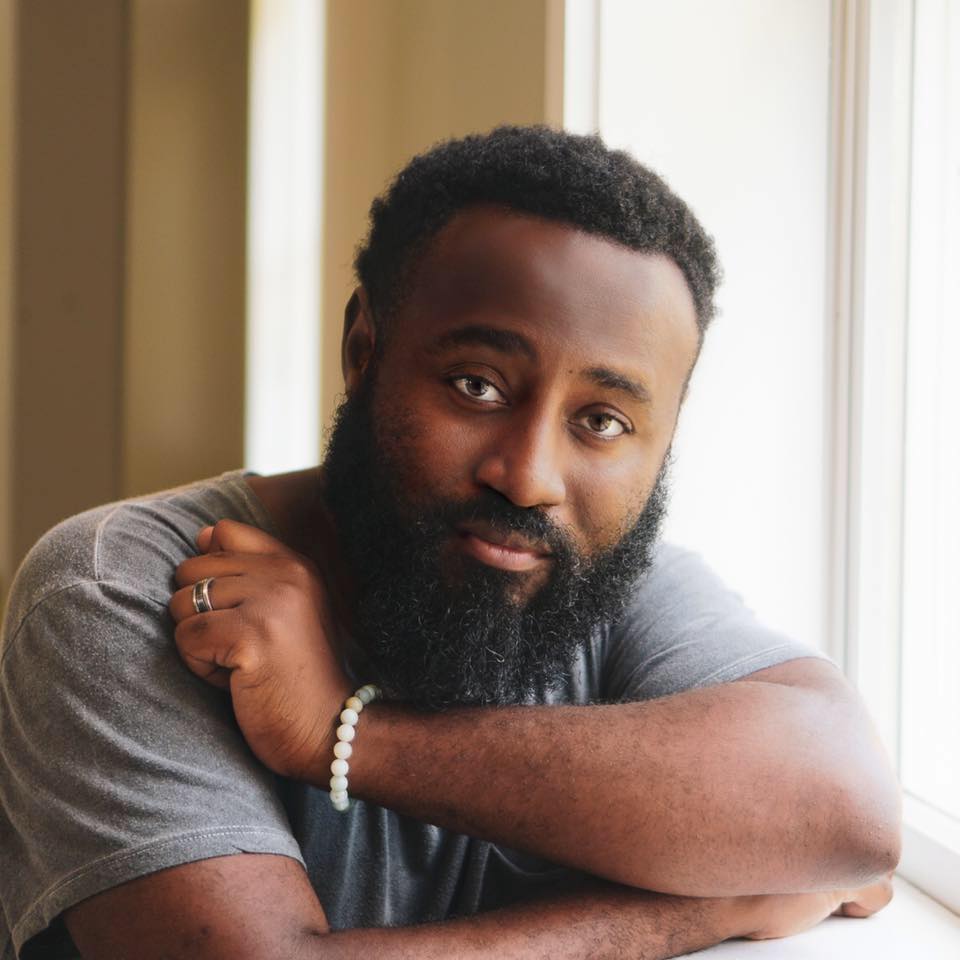 Smitha Lee has worked in the film industry and media for 12 years. He has written 7 plays that have sold out on each occasion. His last original production Chocolate Cinderella which played at the Chapman Cultural Center in 2019 sold out every single show with 1000 in attendance. On the film aspect his films have been accepted to 25 different film festivals. In 2019 he won his first major category (Music Video of the Year) from the Carolina Film Festival. Between his marketing videos and production videos Smitha lee has received well over 3.8 million views between Facebook, Instagram and Youtube. Smitha Lee filmmaker lives in USA (SC). He started out as a dancer and actor for various productions in SC. His love of storytelling brought him into film and photography. 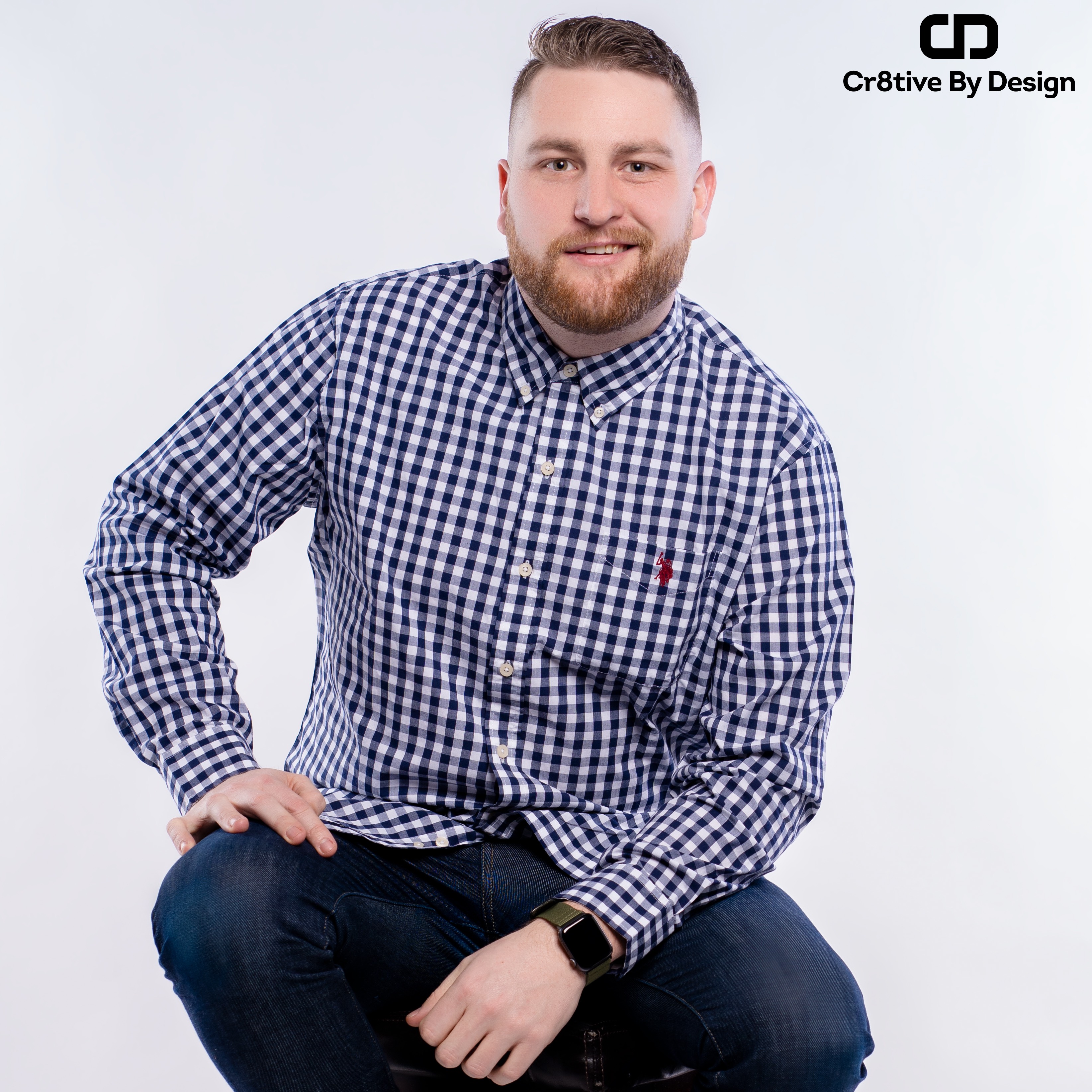 Cr8tive By Design is led by Founder and Cr8tive Director, Jason Runkle. Jason’s professional background in the arts began in the live concert industry when he was only 14 years old. Touring for many years, he designed and operated lighting, ran audio and video, and managed production and tours for several artists. Taking the vast knowledge he gained in these varying industries, he saw a need for proper brand development and thus birthed Cr8tive By Design. Complete branding services to both corporate and individual clients include photography, videography, website and logo design, and event design and management from galas and banquets to live productions and festivals.